Also, don’t forget to register for a free account so that you can receive email alerts whenever new mid-century modern homes in Chicago's suburbs come on the market. And if you need further assistance searching the suburban Chicago real estate market, call or text us at your earliest convenience.﻿

MLS #: 11485844
See a mid-century modern home in the Chicago suburbs you like? Contact The Seventy7 Group, Chicago’s hyper-local housing experts, to schedule a private showing at your earliest convenience. Call or text (630) 768-1602!

Clean, simple lines: To being with, a Mid-Century Modern home has clean, simple lines. These types of homes are much less formal than some of the home designs that came before them. You won’t find much in terms of ornamentation, either. It’s also common to find a flat roof, but this isn’t always a hard and fast rule.

Function over form: Function is also a big part of a Mid-Century Modern home. Even when certain features are minimal in appearance, they still have a purpose. 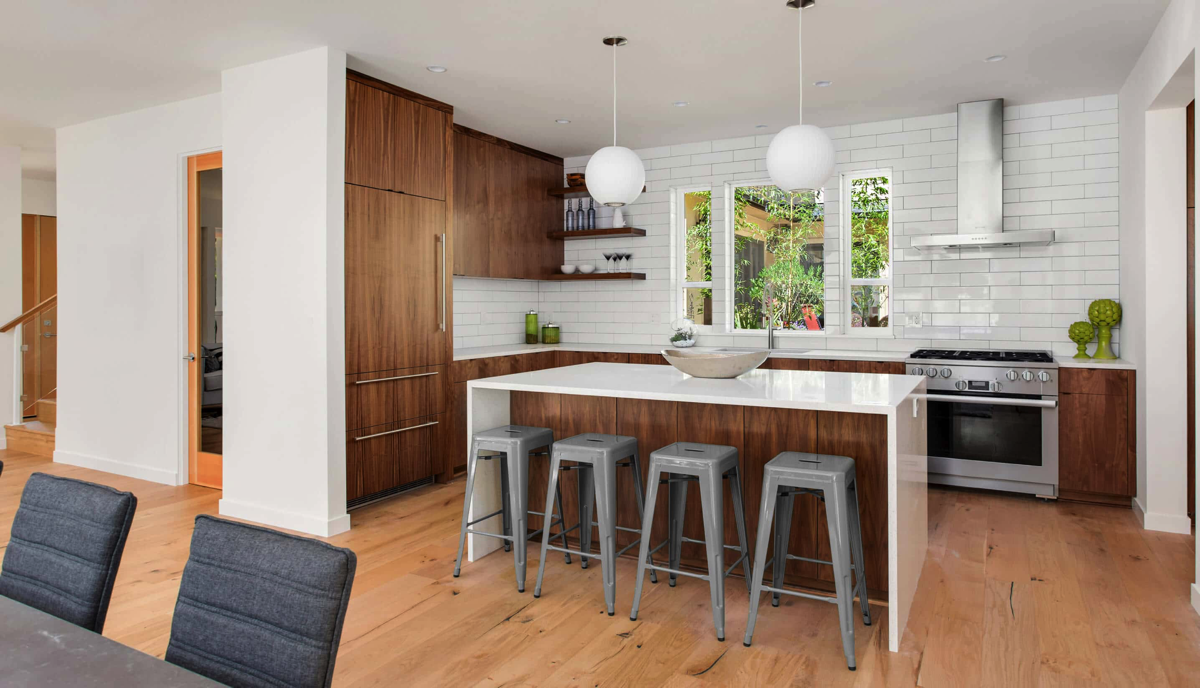 Emphasis on outdoors: A Mid-Century Modern home also has more of an emphasis on the outdoors. That’s why they include things like open floor plans, sliding glass doors and large windows. The idea is to bring a lot of natural light into a home, while also enticing residents to get outside and explore nature.

The creation of depth: A Mid-Century Modern home will also often have some slight changes in elevation as you travel throughout the home’s interior. This could mean a few steps between rooms to create a split-level design, or even some partial walls to create more depth.

Pops of color: As for the exterior, or even interior of a Mid-Century Modern home, the color scheme is typically monochromatic. You’ll likely find some earthy tones like brown, infused with a few pops of color here and there.

Back to Mid Century Modern Homes in Chicago Suburbs