Interested in Waldorf Astoria condos for sale or rent in Chicago's Gold Coast neighborhood? Featured below are all active Waldorf Astoria condo listings and Waldorf Astoria rentals. If you would like more information, just click the "Request More Information" button when viewing the details of a particular unit on the market. We can provide you with disclosures, past sales history, dates and prices of homes recently sold nearby, and more.

And, if you haven't already, be sure to register for a free account so that you can receive email alerts whenever new Waldorf Astoria condos or rentals come on the market. Also contact us for more information about Gold Coast condos for sale or to schedule a home tour at your earliest convenience.

Condos for sale at 11 E. Walton sit atop the magnificent and luxurious Waldorf Astoria Chicago, one of the finest hotels in all of downtown Chicago. And with that, residents at 11 E. Walton are afforded all the perks and services of a major five-star hotel, only from the comfort and convenience from their very own home. A deluxe spa, door service, valet parking, concierge services, and indoor pool, and so much more are all part of the living experience here at Waldorf Astoria Chicago, and when it comes to interior finishes and features, few buildings in the Gold Coast can match what condos inside 11 E. Walton can offer. Most condos for sale at Waldorf Astoria Chicago boast large floor plans with spacious and roomy layouts, immaculate kitchen and bathroom finishes and surrounds that include custom cabinets and a high-end appliance package, private outdoor terraces, and extraordinary views of the surrounding Gold Coast neighborhood and even glimpses of beautiful Lake Michigan in select units.

Originally called The Elysian, the Waldorf Astoria Chicago was designed by Lucien Lagrange and was meant to emulate some of the historic hotels you might find in Paris back in the early 1920s. Construction for the building began all the way back in 2006 and it wasn’t actually finished until 2010. After a tough first couple years, the building was sold to an investment group and Hilton Hotels and in November 2011, the former Elysian was converted to Waldorf Astoria, which is still is today.

Along with Waldorf Astoria Chicago’s 188 hotel room, 51 luxury condominiums are also a part of the 11 E. Walton high rise. Potential condo buyers thinking about a place here should definitely love being a part of all the hustle-and-bustle of a big city given the building is just blocks from the Magnificent Mile. But with that also comes the convenience of being just steps from some of Chicago’s best shopping, dining, and entertainment, not to mention all the fabulous amenities the historic Gold Coast neighborhood has as well!

Also doubling as a luxury hotel, condo owners at Waldorf Astoria Chicago also have access to a full compliant of lavish, hotel-style amenities that include the following: 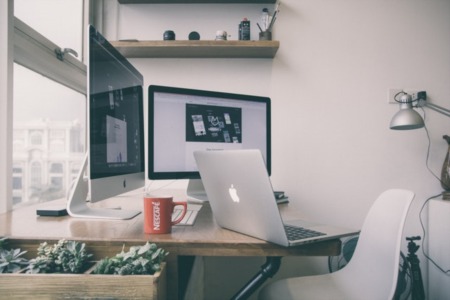